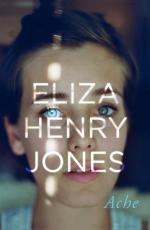 Ache by Eliza Henry-Jones – Despite all the hype about fast-paced, page-turning books, I love a gentle quiet story. Eliza writes with sensitivity and depth – her debut Australian novel, In the quiet, moved me to tears. Ache focuses on the devastation that can occur within communities after a trauma like a bushfire. This is the story of four strong women within four generations, focusing on Annie, who goes back to her home to help after the bushfire. She grieves for her recently deceased grandmother, is exasperated by her mother and cares for her daughter. You can read my interview with Eliza here. 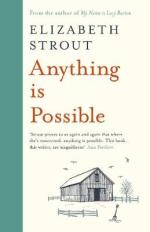 My name is Lucy Barton/ Anything is possible by Elizabeth Strout – I’m so glad I read both these books this year. I’m going to borrow the rest of her books from the library over summer. Strout writes with so much perception and empathy. My name is Lucy Barton is a novel, and Anything is possible could be read either as a novel about the people in Lucy Barton’s hometown or as a collection of short stories about characters whose lives intersect. It really doesn’t matter which book you read first, but you’ll probably want to read both of them. Strout’s books, like Eliza Henry-Jones’ books, are quiet and they shine with such knowledge about the human condition. 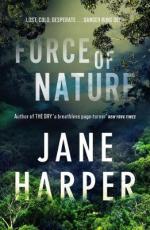 Force of nature by Jane Harper – this is the second book by Harper. Her first book, The dry, sold well in Australia and is going to be made into a film. The protagonist from The dry is also the lead character in Force of Nature but it’s not a sequel so can be read independently. This one is a page-turning, suspenseful read about a group of four women who are on a corporate bushwalking event – but only three return. The book is told from several perspectives which makes it interesting to read as the story unfolds. 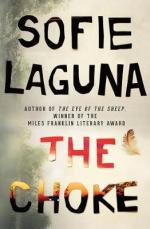 The choke by Sofie Laguna – this book is a worthy successor to The eye of the sheep, which won Sofie the Miles Franklin award in 2015. Again, we have a child protagonist in ten-year-old Justine, who lives with her Pop and sometimes her half-brothers. Her Mum disappeared years ago and her Dad blows in and out. Sofie does a fabulous job in creating a strong world, where everything is seen through Justine’s eyes. I found myself reading it with my hand almost on my heart – please don’t let this happen to Justine… But despite the grimness of her world, there is hope, particularly through the wonderful characters. 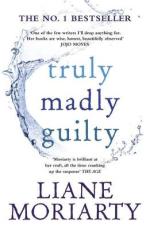 Truly, madly, guilty by Liane Moriarty – if you haven’t already read this one, this is great for light summer reading. The story focuses on the friendship between two women, Clementine and Erika. We know that something happened at the barbeque at Erika’s neighbours’ house, but we don’t know what exactly it is. The suspense was definitely drawn out for much longer than it needed to, but Moriarty is fabulously wicked and insightful with her character descriptions which pull you right into her fictional world. All the characters are presented with light and shade, so as readers you both empathise with them and feel frustrated in equal parts. And if you haven’t read any of Moriarty’s earlier books, they would all make fabulous summer reading, too. 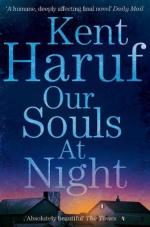 Our souls at night by Kent Haruf – this is a lovely, gentle read about Addie and Louis who have been neighbours for years, still living in their family homes after their respective partners have died and their children moved out. It’s a beautiful love story, full of shared stories. Their conversations offer hope and illuminate the everyday courage and resilience of ordinary people. 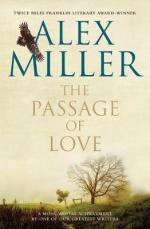 The passage of love by Alex Miller – this is one I haven’t read yet but I’m looking forward to reading, despite reading a slightly negative review. I enjoyed Miller’s earlier book, Lovesong, so I’m keen to see what this one is like. This synopsis is taken from the book –

When Robert is introduced to Lena Soren, beautiful, rich and educated, his life takes a very different path. But in the intimacy of their connection lies an unknowability that both torments and tantalises as Robert and Lena long for something that neither can provide for the other.

In a rich blend of thoughtful and beautifully observed writing, the lives of a husband and wife are laid bare in their passionate struggle to engage with their individual creativity. 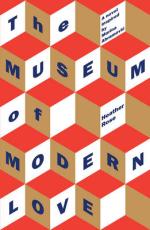 The museum of modern love by Heather Rose – this book about art and love won the Stella prize this year. It’s a novel but it’s based on Marina Abramovic, the Serbian artist who spent 75 days in a New York gallery, sitting with strangers, for her exhibition, The artist is present. There are a few different perspectives – Arky Levin, the composer whose wife is no longer with him, Jane, whose husband died a little while ago, Marina herself, and a few minor characters. The whole concept of sitting still and gazing intensely into different strangers’ eyes, over and over, for 75 days is astounding, and Rose’s book does it justice. Other reviewers, like my friend Carolyn, have noted disappointments in the New York setting – mobile phones instead of cell phones for example. It is a literary novel, with frequent switches between character viewpoints. 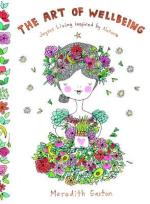 The art of wellbeing by Meredith Gaston – this non-fiction book would make a delightful present. I’ve already bought it for someone and I’m hoping a copy might find its way into my stocking! Gaston is an illustrator, and has written and illustrated a couple of books like The art of gratitude. The art of wellbeing continues her same, unmistakable style with gorgeous girls outlined in black pen with splashes of colour. There are recipes for smoothies and activating nuts, as well as reflections on mindfulness. The sections are called lovely names such as nourish, blossom, comfort, energise. This would be a beautiful book to dip in and out of during summer. 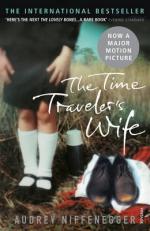 The time traveler’s wife by Audrey Niffenegger – this book was one of the most original, amazing love stories I’ve read. Henry is a time traveller – he has been since he was a small boy. His wife Clare meets him when she is young and he is one of his older time travelling selves. Henry’s life is unorthodox and only Clare at first knows he time travels. The book flicks between the different times and different ages of both Henry and Clare. As a reader, I had a sense of impending doom and the ending was sad. It’s one of those books that you want to read quickly because it’s such a page-turner but you also want to read slowly because you don’t want it to finish. The book was published in 2003 so it’s been around for a while, and there is a movie now. I can’t decide whether I want to see the movie or not – it might completely spoil the story for me!

Please pass this post on to anyone who may be looking for suggestions for adult fiction books to read or buy over Christmas.

I have a copy of The Choke by Sofie Laguna to send to one lucky reader. Keep it yourself or give it as a Christmas present. To enter, please make sure you have subscribed to my blog and leave a comment on this post with a reading suggestion for me over the summer holidays. Comments must be posted by next Thursday 14th December. The winner will be announced next Friday 15th December in that day’s blog post. Good luck!