Mr 6 is looking at fairytales in his class – the traditional type as well as riffs on the original version. We have quite the collection of fairytale type picture books so I thought I’d do a few posts on this topic, as the stories are so funny and wonderful. I think the main reason we enjoy these stories is because the original story and characters are so familiar to us and yet the novelty of the twist keeps us curious.

I was watching Mr 6 as I read him Lauren Child’s Beware of storybook wolves the other night. He was absolutely worried about the wolves but at the same time, he knew – he just knew – that the little boy protagonist would win through because in his world of books, good always triumphs over evil. It was fascinating to see this equal fear and confidence on his face, as he sat up in bed, listening to the story. (And there is nothing as sweet as a little boy in striped pyjamas in bed listening to a story – says his biased mother!)

The following picture books are suitable for three to seven year-olds, and focus on the bears from Goldilocks and the three bears. I’m sure I don’t need to remind you of the original story! And these stories offer a great example to older children of how you can take a familiar tale and add your own take on it. 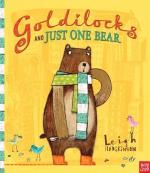 Goldilocks and just the one bear – written and illustrated by Leigh Hodgkinson – Kids (probably kinder kids) will love this story because it is the reverse of the original story. How funny to have the little bear wander into a grown-up Goldilocks’ house and try three breakfast versions, three chairs and then three beds! The language is conversational – perfect for reading aloud – ‘A little sit-down somewhere would definitely see him tickety-boo.’ 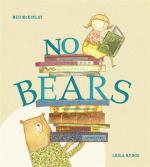 No bears – written by Meg McKinlay and illustrated by Leila Rudge – I would buy anything Meg McKinlay has written – picture book, children’s novel or young adult novel. This book – although a seemingly simple picture book – has lots of layers, so it’s worthy of rereading and rereading. And it’s a great example of text and illustrations working in tandem. Ruby tells the story of a book about a princess but there are no bears – except the illustrations show a lovely picture book within the pages of the actual book – with a bear on the outside of the illustrated book. (Book within a book – love it!) The climax of the story shows a fairy godmother saving the princess from an evil monster ‘because everyone knew she was the one who had saved the princess with her fantastical magic powers’. But can you guess who really saved the princess? Yes, it was a bear – and this is never mentioned in the text, only in the illustrations. This book is a fabulous resource for showing kids how to read a book by the pictures. And of course, small kids will think they are very clever to work out the story themselves without help from the words. 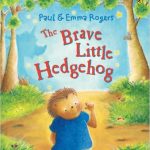 The brave little hedgehog – written and illustrated by Paul and Emma Rogers – this book does focus on the little hedgehog but it does mention the three bears so it ties into this post! This book is more for older six or seven year-old readers because it plays on the concept of the indefinite article (a/an) and the definite article (the). Not that I would buy a book to teach a grammatical concept or that I have discussed this with Mr 6 – it’s just a fun way to think about everyday words such as ‘a’ and ‘the’. The brave little hedgehog wants to be in a story and sets out on an adventure. He meets a whole host of fairytale characters – a witch, a princess, a gingerbread man etc. Except he is not ‘a’ gingerbread man but ‘the’ gingerbread man! The little hedgehog meets the three bears who tell him, ‘Of course, we can’t all be great heroes, so famous that everyone stares, and hedgehogs aren’t even that cuddly, but then … nothing’s as cuddly as bears.’ The little hedgehog has to think fast when he meets not ‘a’ big bad wolf but ‘the’ big bad wolf. Luckily, he remembers his mother’s advice and lives to tell his own story.

I am watching the tv series Once at the moment, based on an adult version of fairytale characters who have been cursed by ‘the’ wicked queen and sent to a land without magic where they have forgotten they are fairytale characters. I haven’t met Goldilocks or the three bears yet but I am enjoying the dark twists and the layered, complex characters where no-one is completely good or evil.

And that’s what makes these fairytale characters so relatable for little ones – nothing is black and white. Ruby in No bears completely misses the fact that a bear saved her princess and the bear in Goldilocks and just the one bear comments on how he ‘would never dream of doing anything like’ falling asleep in someone else’s bed. The main characters have skewered perceptions, and we the readers know this, but yet love them anyway.

Do you have a favourite fairytale book or movie, or a twisted tale? I am intrigued by the complexity of Rumplestiltskin, and I’ve written a contemporary short story based on it. I’m also thinking a bit about Snow White, and making notes for a twisted short story from the point of view of Snow White’s mother.