There’s something special about buying a book series, about seeing all the matching spines lined up together on your bookshelf. Lots of kids are collectors, so collecting, let alone reading, the whole set of books can feel like a mighty achievement.

I’ve listed some of my favourite kids’ book series, for kids aged six to twelve. Later in the week, I’ll post my favourite stand-alone titles for kids. I hope this helps you with your Christmas shopping!

Some of my favourite bookshops – where the staff are knowledgeable and helpful – include Readings, Tim’s Bookshop and The Little Bookroom. I also buy books online from Booktopia, an Australian online store, as well as Readings. You can order in-stock books from Booktopia and Readings in time for a Christmas delivery by Friday 11 December. Of course, these bookshops will also have their own bestseller lists which can be a great starting point for your Christmas shopping.

If you’re not sure whether your child will like a particular series, you could buy the first one and include a bookshop voucher. That way, your child has the option to choose the remaining books in the series or choose another book if they weren’t interested in the series. You could also borrow the first book from the library, and then gauge how your child responds to it. (My lovely Mum did this for me with the Billabong books, when I was ten or eleven. I was so surprised when I received the entire set for my birthday, a month after I had read the first book from the library!) If you do buy the whole series, you have endless options for presenting them. You could set the whole series out on a bookshelf, you could wrap and number each book separately, hide them around the house for a literary treasure hunt, buy one for every special occasion throughout the year …

In no particular order, here’s a list of ten wonderful book series for kids: 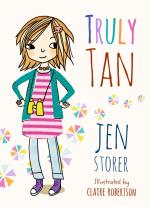 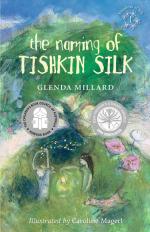 I hope this gives you a few ideas for Christmas! Let me know in the comments if you decide to buy any of these suggestions for Christmas or if you can recommend other children’s series. Next post will offer stand-alone book ideas, and then I’ll write a post for adult fiction suggestions. Happy shopping!