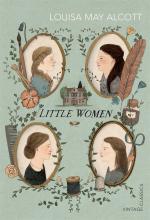 This year I have kept a tally of the books I have read. With three days to go until the end of the year, I am up to number 98, and I have every intention of reading my way to 100 books by midnight 2015. Silly isn’t it, to think that 100 books is somewhat better than 98?

At the Sydney Writers’ Festival this year, Anne Buist – who writes under the pen name Simone Sinna and who is married to Graeme Simsion, author of The Rosie Project – told an audience of 500 that she usually read about 200 books a year. There was a collective gasp, then silence as we all took in this amazing accomplishment.

I do read a lot of children’s fiction, and some of those books are reasonably slim. It always takes me longer to read non-fiction as I need to focus more to understand the content rather than enjoy a story.

I’m grateful to all my friends and family who give or lend me books. Big thanks to the family members on both sides who gave me wonderful books for Christmas – thanks C and SP!

Below is a list of my favourite adult fiction books I’ve read this year. I’ve added a link if I’ve reviewed the book earlier and I’ve tried to give a mini book review here in a couple of words because it’s holidays and I’m feeling a little lazy!

After rereading my list, I’ve noticed that most of my favourite books are on the serious side. There’s the horror of war, imprisonment, children’s fears, death, grief. I would read all of these books again – for the story and for appreciating the writing craft. I love a page-turning book, where I care about the characters so much that I want to find out what happens to them. I am probably  – definitely – guilty of cooking a late dinner for my kids or staying up way past my bedtime, thanks to the wonder of these books!

Perhaps there might be a book here which would make perfect summer reading for you or perhaps you have read some of these books, too? Let me know in the comments if you have a favourite book for 2015 that I could read for 2016.